An American Airlines pilot capped off his final flight last week by giving his wings to a Central Florida toddler on the return trip of his first flight.

Captain Joe Weis, retiring after more than 34 years, made the gesture at Miami International Airport on October 2 after Flight 69 from Madrid landed.

Ki Klitenick, 2, of Ocala, who has Down syndrome, smiled, clapped and said “thank you” in sign language after Weis pinned the keepsake onto the toddler’s shirt in the cockpit of the Boeing 777-200.

American Airlines brought back kids’ commemorative wings in 2016, but this was the real thing.

My last flight was very special for many reasons. Wendy was sitting in a row with Ki and his mom back from Madrid. She found out that this was his first flight. Since it was my last and his first we decided to make it special. So I pinned my AA Captain wings on him after we landed in Miami. I will remember this always. Thanks to my first officer Kent Thorpe for filming everything

“It’s so amazing what he did. The whole thing was so cool,” Ki’s mother, Sarah Tamar Klitenick, told the Orlando Sentinel on Friday.

Sarah and Ki Klitenick had attended a family reunion in Palma de Mallorca and happened to be sitting next to Weis’ wife, Wendy, during the flight back from Spain.

As the women chatted, Wendy Weis texted her husband in the cockpit, and he came out to the cabin to meet Ki.

“My last flight was very special for many reasons … I will remember this always,” Weis posted on Facebook.

“Our pilots and flight attendants have worn wings for more than eight decades,” American Airlines says on its website. “First given as a symbol of aviation training and qualification by the U.S. military in 1913, our wings are an iconic symbol of aviation, ability and adventure.”

The surprise capped off Ki’s first international trip, which included his first flight.

American Airlines said in a statement: “All of us at American are truly touched by the actions of Captain Joseph Weis. Captain Weis, who started with American in March 1985, always loved to engage with his passengers. When Captain Weis found out his last flight at American was Ki’s first flight, he wanted to pass along his wings to a future generation. We are all proud of Captain Weis and wish him all the best on his retirement. We also look forward to welcoming Ki on future American flights, along with his wings.”

Sarah Klitenick, 34, said: “With all the negative things going on in the world, it’s just nice when people do things that are unbelievably nice.”

Since they’ve been back home, Ki’s been talking nonstop about his gift and his new friend.

When Klitenick says “Captain,” her son responds “Joe!” and points to his chest. 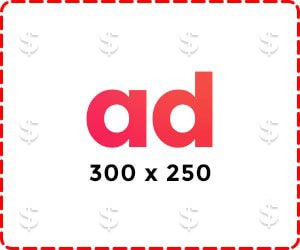